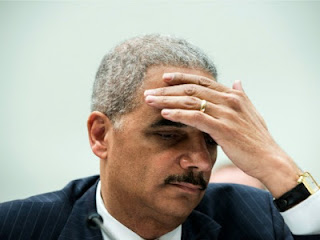 I'll bet they missed out on a lot of lies...

A Justice Department official said on Wednesday that meetings with select bureau chiefs will be off the record to "best facilitate the candid, free-flowing discussions we hope to have in order to bring about meaningful engagement."

Holder called the meetings this week as part of a department review directed by President Barack Obama after controversy over the secret seizure of Associated Press reporters' and editors' phone records and secret monitoring of Fox News reporter James Rosen.

But by Thursday afternoon, Reuters, Fox News, CNN, McClatchy and Huffington Post had joined the Associated Press and The New York Times in deciding to boycott the meetings due to their off-the-record status.

NBC also decided not to attend.
Posted by Bluegrass Pundit at 7:34:00 PM