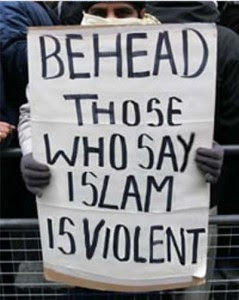 You can't unilaterally declare peace. the is a global Jihad against America and the West.


President Obama is using his national security address today to reject the “Global War on Terror.”

“Beyond Afghanistan, we must define our effort not as a boundless ‘global war on terror’ – but rather as a series of persistent, targeted efforts to dismantle specific networks of violent extremists that threaten America. In many cases, this will involve partnerships with other countries. Thousands of Pakistani soldiers have lost their lives fighting extremists. In Yemen, we are supporting security forces that have reclaimed territory from AQAP. In Somalia, we helped a coalition of African nations push al Shabaab out of its strongholds. In Mali, we are providing military aid to a French-led intervention to push back al Qaeda in the Maghreb, and help the people of Mali reclaim their future,” Obama will say.