Too Good To Check: Hezbollah Orders Hamas Out Of Lebanon Over Support For Syrian Rebels… 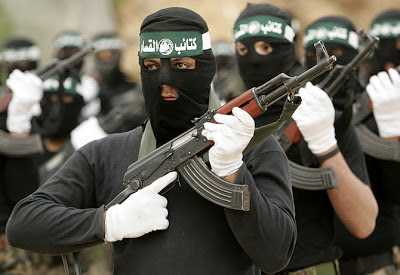 Let's hope they refuse to leave and  Hezbollah and Hamas start shooting each other...

The move, the report says, is due to Hamas support for the opposition forces fighting to oust Syrian President Bashar Assad. Both Hezbollah and Syria are allies of Iran, which provides the two with financial and military support.

Hamas representative in Lebanon Ali Baraka denied the report to Lebanese paper Aliwaa, saying Hezbollah officials in Lebanon were were surprised by the report.
Lebanese Islamic Jihad representative Abu Imad Rifai also stressed to the paper that Hamas remains in Lebanon and that no changes have been made.

Hamas has denied any support for the Syrian rebels, but the Times of London reported last month that Hamas’ military unit has broken ties with Assad, and has begun training members of the opposition’s Free Syrian Army in Damascus.