Woman in charge of IRS office that targeted tea Party got a promotion... 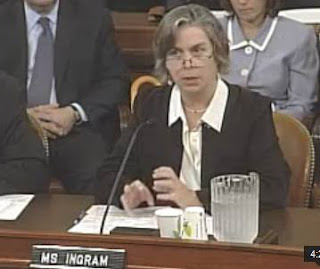 Sarah Hall Ingram is in charge of the IRS Obamacare office. What could go wrong and why hasn't she been fired yet?


The Internal Revenue Service official in charge of the tax-exempt organizations at the time when the unit targeted tea party groups now runs the IRS office responsible for the health care legislation.

Sarah Hall Ingram served as commissioner of the office responsible for tax-exempt organizations between 2009 and 2012. But Ingram has since left that part of the IRS and is now the director of the IRS’ Affordable Care Act office, the IRS confirmed to ABC News today.

As the House voted to fully repeal the Affordable Care Act Thursday evening, House Speaker John Boehner expressed “serious concerns” that the IRS is empowered as the law’s chief enforcer.