Why does the IRS hate adoptive families? 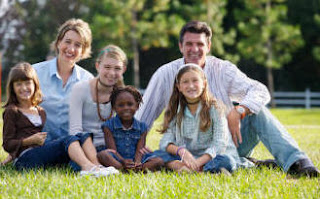 Apparently, they do. 70 percent of adoptive families get audited...


Add another item to the list of red flags that may get you audited: Adopting a child.
The Internal Revenue Service mishandled tax returns of adoptive families, flagging for further review 90 percent of those who claimed the adoption tax credit for the 2012 filing season. And a report by the federal agency’s Taxpayer Advocate Service also found that nearly 70 percent of adoptive families — more than 35,000 — had at least a partial audit of their tax return. By contrast, just one percent of all returns are audited.

“The IRS’s misguided procedures, and its failure to adequately adjust these processes when it learned its approach was seriously flawed, have caused significant economic harm to thousands of families who are selflessly trying to improve the lives of vulnerable children,” according to the report.

Unless the IRS alters its approach to refundable credits and incorporates more taxpayer-focused procedures, the federal agency will continue to cause problems for taxpayers, the report continues, including those eligible for the new refundable credit contained in the Patient Protection and Affordable Care Act — also known as “ObamaCare”.