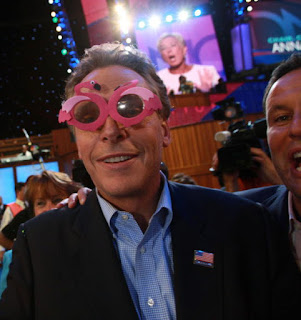 The moonbattery runs deep in this family....


Terry McAuliffe, the Democratic candidate for governor of Virginia, once blamed his father’s death on President George W. Bush’s election in 2000.

In a May 2001 interview with C-SPAN, titled the “Life and Career of Terry McAuliffe,” the former Democratic National Committee chairman says one of the “reasons” his father, Jack, died was “he could not go into a new year knowing that a Republican was actually moving into the White House.”

While his father was in the hospital, McAuliffe’s mother “went and came back in five minutes later, and he had passed away. And I told the story, you know, I gave at the eulogy at his funeral, and there are many reasons why people thought Jack had died,” McAuliffe told C-SPAN. “He was 83 years old. And I said the main reason is that he could not go into a new year knowing that a Republican was actually moving into the White House. I just don’t think he could’ve handled that.”