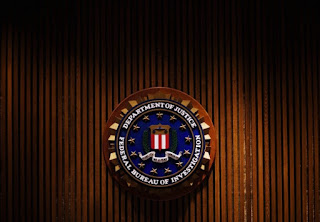 
A federal judge has ruled that Google must comply with the FBI's warrantless requests for confidential user data, despite the search company's arguments that the secret demands are illegal.

CNET has learned that U.S. District Judge Susan Illston in San Francisco rejected Google's request to modify or throw out 19 so-called National Security Letters, a warrantless electronic data-gathering technique used by the FBI that does not need a judge's approval. Her ruling came after a pair of top FBI officials, including an assistant director, submitted classified affidavits.

The litigation taking place behind closed doors in Illston's courtroom -- a closed-to-the-public hearing was held on May 10 -- could set new ground rules curbing the FBI's warrantless access to information that Internet and other companies hold on behalf of their users. The FBI issued 192,499 of the demands from 2003 to 2006, and 97 percent of NSLs include a mandatory gag

Email ThisBlogThis!Share to TwitterShare to FacebookShare to Pinterest
Labels: Google