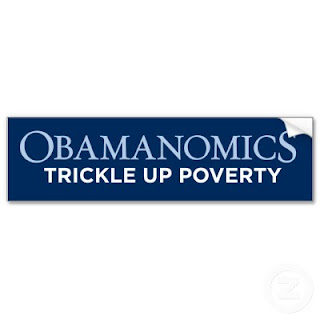 The President and First lady's net worth has dropped by half?


President Barack Obama and First Lady Michelle Obama held assets last year that were worth between $1.8 million and $6.8 million - almost half their top estimated wealth in 2010, financial documents revealed yesterday.

They also revealed the President and First Lady have put aside a large portion of their wealth to ensure their daughters Malia, 14, and Saskia, 11, can go to college.

They have saved between $200,000 to $400,000 in tax-advantaged 529 college savings accounts, the federal financial disclosure forms revealed.

However, the couple still clearly have no reason to worry on the finance front.