Rep. Charles Rangel worried the criminals at the IRS will get a bad name or something... 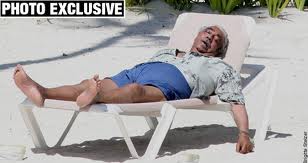 I doubt Americans opinion of the the IRS could go any lower...


Rep. Charles Rangel (D-N.Y.) on Sunday said that he feared the Internal Revenue Service scandal over political targeting of Tea Party groups would unfairly stigmatize other workers at the agency.

“The biggest problem is that tens of thousands of IRS workers that work hard with all of this stigma being tax collectors, are getting a bad shake out of this,” said Rangel during a panel discussion on ABC’s “This Week.”


The IRS acknowledgement that agents used higher scrutiny against conservative groups seeking tax exempt status has already claimed the job of acting director Steven Miller and has the White House and Congress both vowing thorough investigations.

Rep. Charlie Rangel (D-NY) was found guilty and censured for 11 ethics violations, including neglecting to pay taxes on his Dominican Republic vacation villa in 2010. Perhaps he appreciates the IRS not putting him in jail.