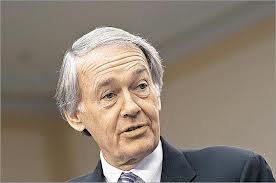 U.S. Rep. Edward J. Markey promises to release his tax returns sometime between now and when hell freezes over.

Via The Boston Herald:


If you haven’t been paying much attention to U.S. Rep. Edward J. Markey’s Senate campaign, that’s just fine with Markey.

Debates? He's only agreed to one so far against GOP opponent Gabriel Gomez, according to the Markey campaign.

Releasing his tax returns? He’ll get to it — eventually.

The Malden Democrat’s general election strategy is to stall, delay, play keep-away and count on a low- turnout election in which most independent voters stay home.