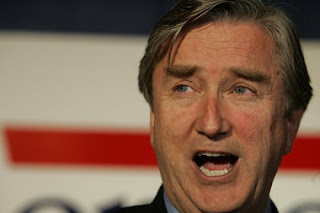 Another clueless democrat reveals his ignorance...


A House Democrat inspired by the last James Bond movie has offered legislation to produce handguns with “personalization technology.”

The idea is to produce guns that can only be used by the gun’s owners. Rep. John Tierney (D-Mass.) cited the latest James Bond movie, “Skyfall,” as inspiration for the bill.

“In the most recent James Bond film, Bond escapes death when his handgun, which is equipped with technology that recognizes him as its owner, becomes inoperable when it gets into the wrong hands,” Tierney’s office said in a statement introducing the bill. “This technology, however, isn’t just for the movies — it’s a reality.”