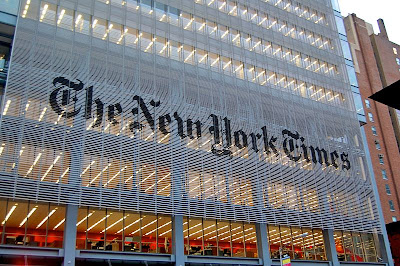 This investigation was about a story last year about the Stuxnet virus last year.


The New York Times reports the Department of Justice investigated national security leaks given to Times reporter David Sanger over his story last year about the Stuxnet virus by pulling all the email and phone records of government officials who communicated with the reporter. Last summer, Sanger reported the U.S. helped develop the Stuxnet virus and used it to attack Iran, becoming the first country to carry out a sustained cyber attack with the intent of destroying another country’s infrastructure. The was some hoopla and a hullaballoo about leaks and DOJ investigations, the Associated Press case, and now a year later we’re finding out just how far things went.

The Times’ Ethan Bronner, Charlie Savage and Scott Shane report the FBI requested for any phone and email logs from the White House, the Defense Department and other “intelligence agencies” that showed any contact between employees and Sanger. It does not appear they went so far as to seize Sanger’s telephone records or emails, as they did with the Associates Press and Fox News reporter James Rosen. They at least got creative this time. Instead of looking at his communication records, they looked at the communications between him and every government employee by looking on their end.

The Times report does paint a very detailed picture of how far the Justice Department goes with these investigations, even before they get into the legally and morally questionable practice of subpoenaing a reporters’ email and phone records. As a result of the intense scrutiny, the Times says some sources are starting to clam up.