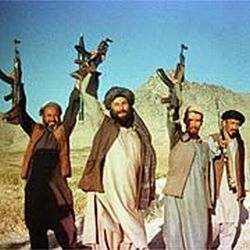 The announcement comes just weeks after the Afghan government launched a new campaign to immunise more than eight million children between six months and five years old throughout the country. It said it had trained 46,000 volunteers to conduct the campaign which is funded by the American aid agency USAID, the World Health Organisation and Unicef.
Afghanistan, Pakistan and Nigeria are the three remaining countries in the world where polio remains a serious threat, but efforts to eradicate the disease have been sabotaged by the Taliban and other Islamic militants who have assassinated immunisation volunteers in all three countries.
Eleven polio workers were killed in Pakistan last year, including five women who were shot dead in Karachi in December last year. Earlier this year a police officer protecting vaccination campaigners was shot by motorcycle gunmen in Khyber Pukhtunkhwa. In Afghanistan, a 16 year old girl involved in an anti-polio vaccination campaign in Kapisa province was shot six times in the stomach outside her home last December and died later in hospital.[...]

But in a sudden U-turn the Taliban leadership issued a statement offering its support for polio eradication campaigns as long as foreigners were not involved and that all volunteers respected local Islamic culture.

"According to the latest international medicine science, the polio disease can only be cured by preventive measures ie the anti-polio drops and the vaccination of children against this disease.
"The Islamic Emirate of Afghanistan supports and lends a hand to all those programs which works for the health care of the helpless people of our country," said a stament issued by the 'Islamic Emirate of Afghanistan'.

Email ThisBlogThis!Share to TwitterShare to FacebookShare to Pinterest
Labels: Taliban

this is really interesting about the taliban. http//www.unn.edu.ng