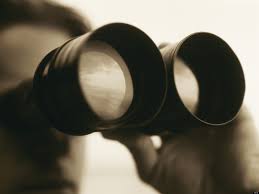 My Rep., Andy Barr, voted against the bill. He will be hearing from me today. I had great hopes for Barr when he was elected, but he has been a big disappointment. He ran as a Tea Party type, but mostly votes with the establishment Republicans.


Speaking against the bill on the floor, Reps. Michelle Bachmann and hawkish freshman and Iraq vet Rep. Tom Cotton, among others. The roll call is here, if you’d like to see how your Congressman voted. The totals: 94 Republicans and 111 Democrats in favor, and 134 Republicans and 83 Democrats against.

I’m on the Amash side of this issue. Evidence that the NSA’s domestic spying has actually prevented terrorist attacks has been rather sparse and unconvincing, and while I respect that we occasionally have to make some sacrifices to protect ourselves, coughing up the metadata for every phone call we make doesn’t seem like the right balance to me. Supporters of such programs downplay the idea of metadata, as Cotton did today—“an excel spreadsheet with five columns”—but it only takes a couple of points of metadata to give you a lot of information about a person. Given that we are American citizens not under investigation, I don’t want them having, not to mention storing that information about us. And, I’m with PATRIOT Act author Rep. Jim Sensenbrenner in questioning whether the law even authorizes it.