Dingy Harry Reid feels sorry for John Boehner or something... 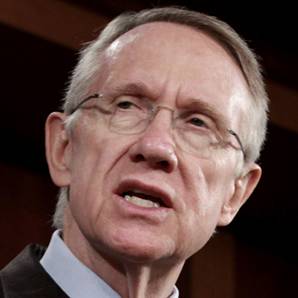 I feel sorry for the people of Nevada. They have to be represented by this loser...


Senate Majority Leader Harry Reid (D-NV) said Tuesday he feels "sorry" for House Speaker John Boehner (R-OH) because of the conservative pushback he is facing on a raft of issues.

At his press conference, TPM asked Reid to respond to Boehner's suggestion that the House will demand tough border triggers before the process of normalizing the status of undocumented immigrants begins -- an idea the Senate broadly rejected.

"Speaker Boehner is trying to decide where he is. Pick an issue," he said, citing matters such as the farm bill, post office and the budget resolution. "He has dissension in his own ranks. We know that."