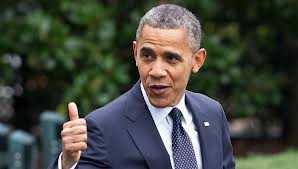 Don't believe it. The White House has proven they have no idea how to improve the economy.


A fight has erupted over the costs of granting amnesty to the estimated 11 million illegal immigrants in America, with the White House claiming the cash benefits to the Treasury are huge and will slash the deficit, and critics showing it will cost Americans more and increase the deficit.
The White House late Thursday dispatched an email to President Obama’s campaign supporters that provided a video claiming that immigration reform will result in a 5.4 percent growth in GDP as “highly skilled” workers and “entrepreneurs” add to the country’s economic base. No mention was made of low-skilled workers, the bulk of illegal immigrants in the country.
“Here’s one of the best things about immigration reform: It’s going to make our economy a lot stronger,” said the White House. “Not enough people are talking about the economic benefits of immigration reform, but it’s exactly the conversation that will help us win the national debate on this issue.”
Keep on reading…