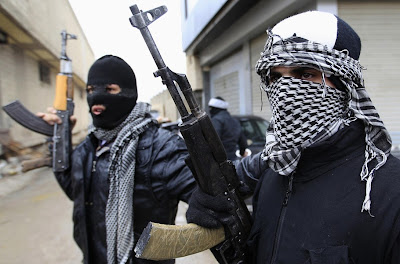 I hope Bashir Assad is ousted and imprisoned, but it is unclear if the rebels will be better or worse...


(Reuters) - Congressional committees are holding up a plan to send U.S. weapons to rebels fighting Syrian President Bashar al-Assad because of fears that such deliveries will not be decisive and the arms might end up in the hands of Islamist militants, five U.S. national security sources said.

Both the Senate and House of Representatives intelligence committees have expressed reservations behind closed doors at the effort by President Barack Obama's administration to support the insurgents by sending them military hardware.

None of the military aid that the United States announced weeks ago has arrived in Syria, according to an official from an Arab country and Syrian opposition sources.