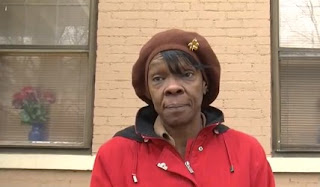 Don't believe democrats when they tell you there is no voter fraud.

Today, because she voted illegally in the name of others, including one who was in a coma, she was sentenced five years in prison. Hamilton County Common Pleas Court Judge Robert Ruehlman could have imposed the maximum prison sentence of six years after Richardson was convicted in May of four counts of illegal voting in exchange for prosecutors dropping four other charges.

Three of her four convictions involved voting for a relative who has been in a coma since 2003. Richardson was a Hamilton County poll worker since 1998 but that ended when she was indicted.