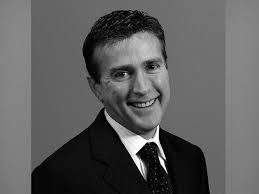 There is alot to be said for don't ask, don't tell in diplomatic circles...

Via The Cable at FP:


Opposition to President Obama's nominee for U.S. ambassador to the Dominican Republic reached a fever pitch this week as religious organizers stage a "Lunes Negro" or Black Monday protest against James "Wally" Brewster.

If confirmed, Brewster will be the first openly gay ambassador to the country, a prospect that is not going over well with some segments of this conservative Christian country of 9 million people. Local reports indicate that church leaders are pressuring the government to reject Brewster's nomination and calling on the faithful to dress in black on Monday in solidarity against him.

Praise Christian Church Pastor Sauford Medrano is quoted in Diario Libre as saying that Brewster could cause "the U.S. promotion of gender beliefs in the country." That supposedly violates a general education law in the country that "all the Dominican education system is based on Christian principles."