Fox News Poll: Just 25 percent of independents approve of the job the president is doing 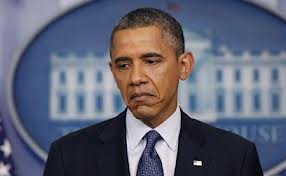 This a 6 percent drop in one month. If democrats aren't terrified about running in 2014 with a D beside their name, they are clueless.


Most voters are unhappy with the way things are going in the country, and over half say they don’t see signs the economy has turned the corner, according to a Fox News poll released Wednesday. Those are two of the reasons why President Obama’s job approval remains below 50 percent — and hits a new low among independents.

Just 25 percent of independents approve of the job the president is doing, down from 31 percent last month.

Overall, 46 percent of voters approve of Obama’s job performance, while 47 percent disapprove. That’s a slight improvement from last month when headlines trumpeted the IRS targeting of conservative groups, the NSA spying on Americans and the Justice Department monitoring journalists. At that time 43 percent approved and 51 percent disapproved (June 22-24).