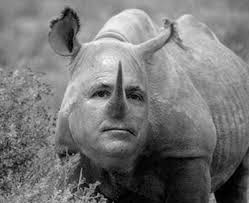 McCain should just go on and come out as a Democrat...


Sen. John McCain (R-Ariz.) signaled Tuesday that the dramatic boost in border-security in the Senate’s comprehensive immigration bill could be one of the provisions that may be changed in a potential House-Senate compromise.

During an immigration forum hosted by the AFL-CIO Tuesday, McCain – a key Senate Gang of Eight negotiator – said while a pathway to citizenship for the nation’s undocumented immigrants is a “fundamental element” of the bill, the “rest of it could be adjusted.” He singled out the border security parts as an example.

“We don’t need 20,000 additional border patrol agents,” McCain said Tuesday. “But what we do need is use of technology that has been developed where we can survey the border more effectively.”

We need to get rid of dirty rinos, not extra border agents!!!!-Wen