Documents appear to show Microsoft bent over backwards to accommodate NSA spying on users of it's products... 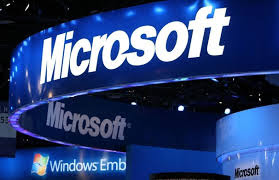 Here is another good reason to dislike Microsoft...

The documents show that:


• Microsoft helped the NSA to circumvent its encryption to address concerns that the agency would be unable to intercept web chats on the new Outlook.com portal;
• The agency already had pre-encryption stage access to email on Outlook.com, including Hotmail;
• The company worked with the FBI this year to allow the NSA easier access via Prism to its cloud storage service SkyDrive, which now has more than 250 million users worldwide;
• Microsoft also worked with the FBI's Data Intercept Unit to "understand" potential issues with a feature in Outlook.com that allows users to create email aliases;
• In July last year, nine months after Microsoft bought Skype, the NSA boasted that a new capability had tripled the amount of Skype video calls being collected through Prism;
• Material collected through Prism is routinely shared with the FBI and CIA, with one NSA document describing the program as a "team sport".