Confirmed: Lockerbie bomber release was linked to a commercial deal... 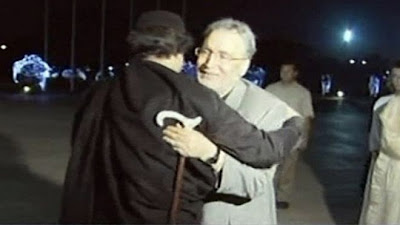 Lockerbie bomber Abdelbaset  al-Megrahi was released in 2009; allegedly on humanitarian grounds because he was near death. He lived 3 more years. That wasn't Britain's finest moment...

An email sent by the then British ambassador in Tripoli details how a prisoner transfer agreement would be signed once Libya “fulfils its promise” to buy an air defence system.
The disclosure is embarrassing for members of the then Labour government, which always insisted that Abdelbaset al-Megrahi’s release was not linked to commercial deals.
The email, which contained a briefing on the UK’s relations with Colonel Muammar Gaddafi’s regime, was sent on June 8 2008 by Sir Vincent Fean, the then UK ambassador, to Tony Blair’s private office, ahead of a visit soon after he stepped down as prime minister.
Mr Blair flew to Tripoli to meet Gaddafi on June 10, in a private jet provided by the dictator, one of at least six visits Mr Blair made to Libya after quitting Downing Street.