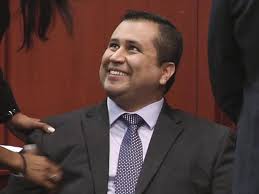 George Zimmerman was cleared of all charges...


SANFORD, Fla. (AP) -- After a year and a half of living as a hermit, George Zimmerman emerged from a Florida courthouse a free man, cleared of all charges in the shooting of 17-year-old Trayvon Martin.
His brother said the former neighborhood watch volunteer was still processing the reality that he wouldn't serve prison time for the killing, which Zimmerman, 29, has maintained was an act of self-defense. A jury found him not guilty of second-degree murder late Saturday night and declined to convict him on a lesser charge of manslaughter.
However, with many critics angry over his acquittal, his freedom may be limited.
"He's going to be looking over his shoulder the rest of his life," Robert Zimmerman Jr. said during an interview on CNN.