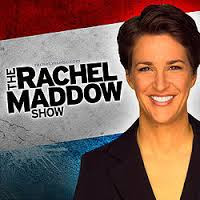 MSNBC’s flagship program The Rachel Maddow Show is MSNBC's highest rated show, but is 3rd in it's time slot.


MSNBC’s flagship program The Rachel Maddow Show hit another low in what has been a rough 2013, losing to HLN’s Dr. Drew in Tuesday night’s cable news ratings to take third place in the 9 p.m. time slot.