Divided: 87 percent of African Americans say Trayvon Martin the shooting was unjustified; only 33 percent of whites say so... 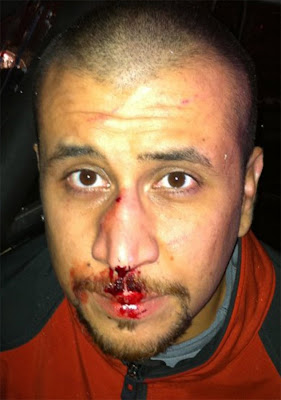 
African Americans have a mostly shared and sharply negative reaction to the shooting of Trayvon Martin and the not-guilty verdict in the resulting trial, while whites are far more divided, according to a new Washington Post-ABC News poll.
At least eight in 10 African Americans say the shooting of the Florida teenager was unjustified, recoil at the verdict in the trial and want the shooter, George Zimmerman, tried in federal court for violating Martin’s civil rights.
On the Martin shooting in particular, the racial gaps are extremely wide.
Among African Americans, 87 percent say the shooting was unjustified; among whites, just 33 percent say so. A slim majority of whites (51 percent) approve of the not-guilty verdict in the Zimmerman trial, while African Americans overwhelmingly and strongly disapprove. Some 86 percent of blacks disagree with the verdict — almost all of them disapproving “strongly.”
There is also a partisan tinge to the public views. Among whites, 70 percent of Republicans but only 30 percent of Democrats say they approve of the verdict.

Learn the truth about Trayvon Martin.
Posted by Bluegrass Pundit at 6:12:00 PM

People are so ignorant.

Zimmerman was not guilty from the get go.

The FBI investigated him and interviewed about 30 people and came up with NOTHING.

And now the Feds want to have a go.

My view is that they won't be happy UNTIL there are riots.