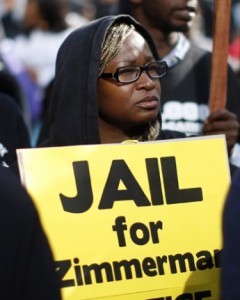 Shameful race-baiting by the Obama administration...

Via The Daily caller:


A division of the U.S. Department of Justice (DOJ) was deployed to Sanford, Florida in 2012 to provide assistance for anti-George Zimmerman protests, including a rally headlined by activist Al Sharpton, according to newly released documents.
The Community Relations Service (CRS), a unit of DOJ, reported expenses related to its deployment in Sanford to help manage protests between March and April 2012, according to documents obtained by the watchdog group Judicial Watch.
CRS spent $674.14 between March 25-27 related to having been “deployed to Sanford, FL, to work marches, demonstrations, and rallies related to the shooting and death of an African-American teen by a neighborhood watch captain.” CRS spent another $1,142.84 for the same purpose between March 25-28.