Climate change is racist. Who knew? 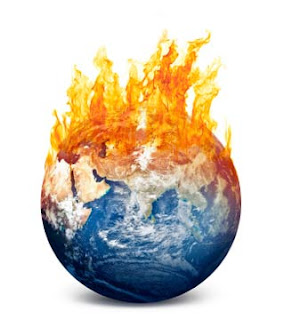 If you think global warming would hurt non-white Americans,  take a look at the consequences of global cooling...


Feel the heat? Sure you do, but not everyone in the U.S. suffers equally. During many heat waves, more non-white Americans die than white Americans. That surely has to do with the links between race and poverty—and thus not having air conditioning—in the U.S., but one team of public health researchers had another idea.
What if some people in the U.S. live in areas that are hotter than the neighbors just across town? The researchers, all from the University of California, Berkeley, decided they wanted to check if access to trees and other green cover, which keeps neighborhoods cool, is correlated with race. Having more trees and less asphalt in an area keeps reduces air conditioning bills and air pollution.
The researchers found that non-white Americans are more likely to live in census blocks that have little tree cover and more asphalt than white Americans. Blacks were the most likely to live in so-called "heat islands" in cities and suburbs, followed by Asians, then Hispanics, then whites.
This means that in the future, if global warming brings on more heat waves, non-whites could be more vulnerable than their white neighbors. To fix this, cities could plan tree-planting initiatives, the Berkeley researchers wrote in a paper they published in the journal Environmental Health Perspectives. Many major cities, including New York and Chicago, already have new-tree plans in place.