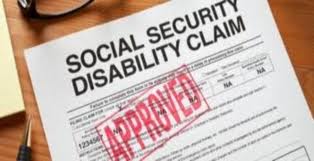 You can get an Obama check to go with your food stamps and Obama phone...


More than 76,000 workers went on the federal government’s disability program in July, according to the latest data from the Social Security administration, bringing the total number of new enrollees this year to 534,038.
Although that is down somewhat from the same month last year, enrollment in the Social Security Disability Insurance program remains sharply higher than it has been historically. Since 2009, an average of about 1 million workers have gone on SSDI annually — a 31% increase from the average enrollment over the previous 10 years.
As a result, a record 8.9 million workers are now collecting disability benefits, which is up 15% since the recovery officially started in mid-2009.
Today, there are fewer than 13 Americans working in private sector jobs for each worker on disability. That’s down from 31 workers per disabled in 1990.
At the same time, the SSDI program is heading rapidly toward insolvency. At current spending and income rates, the program’s trust fund will become insolvent by 2016 — less than 2-1/2 years from now.
Keep reading…