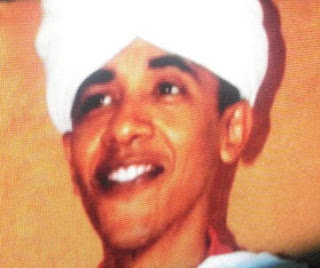 Obama always issues a Ramadan statement. In 2011, he skipped issuing an Easter statement.


President Obama on Monday issued a statement commemorating the Muslim holiday of Ramadan, offering his “best wishes” to communities celebrating across the globe.
“For the world’s 1.5 billion Muslims, Ramadan is a time for thoughtful reflection, fasting and devotion.  It is also an opportunity for family and friends to come together and celebrate the principles that bind people of different faiths – a commitment to peace, justice, equality and compassion towards our fellow human beings,” Obama said. “These bonds are far stronger than the differences that too often drive us apart.”
The president added that the month “reminds us that freedom, dignity and opportunity are the undeniable rights of all mankind,” subtly acknowledging the strife in Egypt and the Middle East. On Monday, more than 50 protesters were killed and 300 more were injured in a showdown between Muslim Brotherhood supporters and military forces in Egypt.
“We reflect on these universal values at a time when many citizens across the Middle East and North Africa continue to strive for these basic rights and as millions of refugees mark Ramadan far from their homes,” Obama said. ”The United States stands with those who are working to build a world where all people can write their own future and practice their faith freely, without fear of violence.”