Change: Obamacare will cause 72 percent increase for Indiana individual plans in 2014... 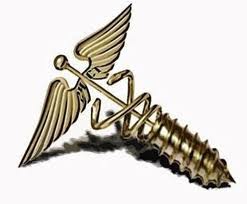 If you like your insurance you can keep it if you can pay the sky high premium...

Insurance rates in Indiana will increase 72 percent for those with individual plans and 8 percent for small group plans under President Barack Obama's healthcare overhaul, according to the state’s insurance department.


The spike in costs is due primarily to new mandates under the law, which requires insurers to cover those with pre-existing conditions and to offer a minimum level of benefits, said Logan Harrison, chief deputy commissioner with the Indiana Department of Insurance under Republican Gov. Mike Pence. New taxes and fees under the law also contributed, Harrison said.[...]

Costs for individual plans is expected to increase from an average of $255 per member per month in 2012 to $570 in 2014, when the most aspects of the law go into effect, Harrison said.