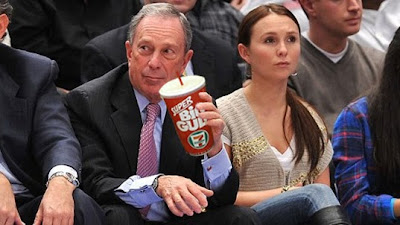 The dumbest idea a politician ever had has faced another, and hopefully, final legal setback. A state appeals court has upheld the ruling striking down the law.


New York City’s plan to ban large sugary drinks from restaurants and other eateries was an illegal overreach of executive power, a state appeals court ruled on Tuesday, upholding a lower court decision in March that struck down the law.

The law, which would have prohibited those businesses from selling sodas and other sugary beverages larger than 16 ounces, “violated the state principle of separation of powers,” the First Department of the state Supreme Court’s Appellate Division said in a unanimous decision.