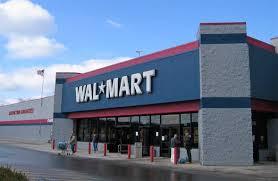 
Wal-Mart is pulling out of two, possibly three, D.C. sites where it planned to build stores, citing the D.C. Council's impending adoption of a bill mandating large retailers pay a "living wage" to employees. The bill, which passed the on its first vote last month, will be put to a final tally Wednesday during the Council's final meeting of the current legislative session.
Representatives from Wal-Mart say the company will no longer build its planned stores at Skyland Town Center and Capitol Gateway, retail sites in Ward 7. "They're not bluffing me," Councilmember Yvette Alexander (D-Ward 7) says, having just left a meeting with the world's largest retailer. "We worked for many years to get this commitment. I really didn't think it would get to this point."
The Large Retailer Accountability Act requires companies that take in at least $1 billion in revenue annually to pay their employees at least $12.50 an hour, well above the District's minimum wage of $8.25. The bill also only applies to stores that are at least 75,000 square feet, thus exempting companies like Apple and Starbucks.
In addition to the two Ward 7 stores, Alexander's chief of staff, Ed Fisher, also says Wal-Mart's move imperils a store planned for New York Avenue and Bladensburg Road NE. Councilmember Kenyan McDuffie (D-Ward 5), who represents that area, was one of eight "yes" votes on the bill's first reading.