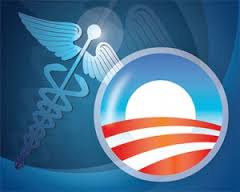 They are going to let people self report if they qualify for Medicaid. What could possibly go wrong?


The Obama administration announced Friday that it would significantly scale back the health law’s requirements that new insurance marketplaces verify consumers’ income and health insurance status.


Instead, the federal government will rely more heavily on consumers’ self-reported information until 2015, when it plans to have stronger verification systems in place.

The delay comes after a Tuesday announcement that the federal government would postpone for one year a requirement that employers with 50 or more full-time workers provide health coverage.
“I think that Health and Human Services is doing the best that it can under the circumstances,” said Sara Rosenbaum, a health policy professor at George Washington University.

The verification systems are meant to determine who qualifies for new benefits under the Affordable Care Act. The law includes tax subsidies to purchase health insurance for Americans who earn less than 400 percent of the poverty line, about $45,000 for an individual.

Those earning less than 133 percent of the poverty line — about $15,000 — will qualify for Medicaid coverage in the District and 23 states that have decided to expand the program.