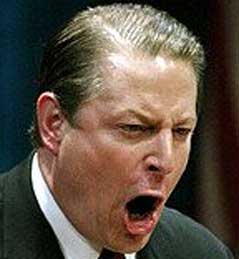 
Global warming alarmists, Al Gore, we need to talk.
Well, this is awkward. A leaked report by the U.N. Intergovernmental Panel on Climate Change says that the world is not warming but is actually cooling, and will continue to get colder until the middle of the century.
You remember the IPCC, right? It’s the group whose 2007 report on global warming said that snow would disappear from everywhere but the highest mountains, icebergs would melt causing sea levels to rise, deserts would spread, people would die in heat waves and pretty much the earth was going to end if we didn’t immediately destroy our carbon-fueled economy with job-killing government regulations.
Well, that’s not happening. In fact, the Arctic ice caps have grown by 60 percent since 2012.
Keep on reading…