Sharron Angle Wins One For Tea Party In Nevada 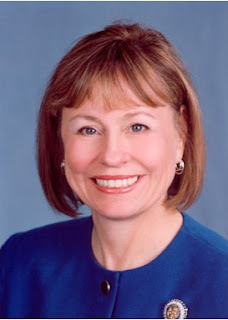 Sharron Angle has made an amazing come from behind victory against GOP favorite Sue Lowden and Danny Tarkanian in the Nevada Senate GOP primary. Angle is a conservative who is supported by many in the Tea Party movement.

Sharron Angle, who barely registered in the polls two months ago, rode a Tea Party endorsement past her GOP opponents and on to victory in Nevada’s primary election Tuesday...