Another Reason to Like Perry: The PLO Hates Him 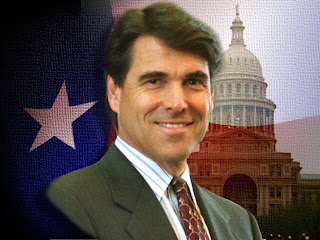 A top PLO official has accused Texas Gov.Rick Perry of being “discriminatory and racist.”


(The Cable) — A top Palestine Liberation Organization official responded to Texas Gov. Rick Perry’s scathing criticisms of the PLO on Tuesday by telling The Cable that Perry’s comments were “discriminatory and racist.”

Perry hosted a pro-Israel rally in New York on Tuesday morning, during which he repeatedly accused President Barack Obama of “appeasement” of the Palestinians and of bungling three years of Middle East diplomacy. He also called for the closing of the PLO mission in Washington, and the cutting off of U.S. aid to the Palestinian leadership as punishment for their drive to seek member-state status at the United Nations.

But the part of Perry’s remarks that really angered the PLO’s Washington representative, Maen Rashid Areikat, was when Perry said, “The Obama policy of moral equivalency, which gives equal standing to the grievances of Israelis and Palestinians, including the orchestrators of terrorism, is a very dangerous insult.”

I wonder if Romney or Huntsman will get the coveted PLO endorsement?
Posted by Bluegrass Pundit at 8:20:00 PM