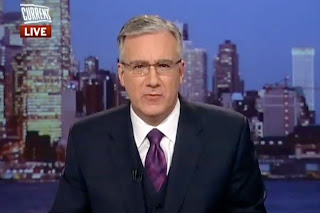 Keith Olbermann’s “Countdown” ratings are down 50% from debut. Only 46,000 adults in the prime target age demographic tuned in to an average Olbermann show.


(NYDN) — Keith Olbermann’s “Countdown” has experienced quite a comedown since leaving MSNBC.
After debuting to promising ratings on the Current cable network in late June, Olbermann’s political commentary show posted its lowest numbers yet the week of Sept 5–11.

Nielsen figures provided by industry sources also show that, based on weekly averages of the program’s performance on Current, “Countdown with Keith Olbermann” has never done better than its debut week on Al Gore’s hard-to-find cable network. (It did come close on Aug. 30, racking up 310,000 total viewers; 102,000 of them adults 25–54.)

For the week of Sept. 5–11, “Countdown” attracted an average 142,000 total viewers and an average 46,000 adults aged 25–54 — the demographic category that advertisers consult when buying time on cable network news programs.

Those figures are less than half of the ratings “Countdown” posted in its debut week on Current. The show averaged 319,000 total viewers that first week; 114,000 in the key 25–54 demographic.