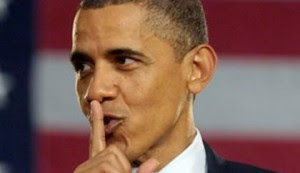 The CIA secret special center for global warming is supposed to be studying the impact of global warming and rising sea levels on our security. Since global warming stalled out 10 years ago and sea levels actually declined last year, I wonder what they are wasting out tax dollars doing?


(Judicial Watch) — Most Americans may not know that the government agency responsible for providing national security data to the nation’s senior policymakers, the Central Intelligence Agency (CIA), operates a special center dedicated to global warming.

That’s because the CIA doesn’t want anyone to know what goes on in its two-year-old Center on Climate Change and National Security. So the exclusive unit, led by “senior specialists,” operates under a cloak of secrecy that rejects all public-records requests, despite President Obama’s promise to run a transparent government.

When the center was launched in 2009, the CIA said it would not address the science of climate change but rather the national security impact of phenomena such as desertification, rising sea levels, population shifts and heightened competition for natural resources. The new division was touted as an important tool that would bring together in a single place expertise on an important national security topic; the effect environmental factors can have on political, economic and social stability overseas.

Reasonably, some U.S. taxpayers want to know what exactly the center has been doing with their money...