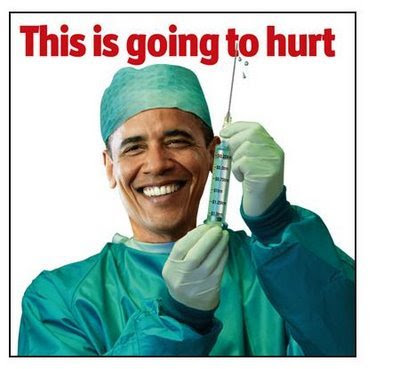 It is you, if you live in Ohio, according to a forecast prepared for the Ohio Department of Insurance. Thanks President Obama.


(National Underwriter) — The Patient Protection and Affordable Care Act (PPACA) could cut the number of uninsured Ohio residents by 790,000 in 2017, but it also could increase premiums for the 735,000 residents who have individual coverage by more than 55%.

Consultants at Milliman Inc., Seattle, have included those projections in a forecast report prepared for the Ohio Department of Insurance.

The Ohio department commissioned the report to help regulators know what to expect in 2014, when major PPACA provisions are set to kick in, and a few years further along, in 2017.

PPACA opponents are still fighting in the courts and in Congress to block implementation of PPACA.

If the act takes effect as written and works as drafters expect, PPACA is supposed to require major medical insurers to sell policies that meet minimum benefits requirements on a guaranteed issue, mostly community-rated basis starting in 2014. Individuals and employees at small employers are supposed to be able to buy coverage using tax credits through a new system of health insurance exchanges. . . .