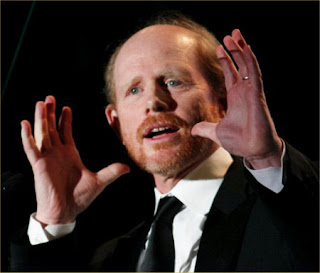 Hollywood moonbat Ron Howard is. Hey, Opie. Just send in a check if you think you feel you aren't paying your fair share.


(TheDC) — Life was simpler in the fictional town of Mayberry, N.C., where “The Andy Griffith Show” was set, and images of Sheriff Andy Taylor and his son Opie evoke a more prosperous America. But did the mystique of that setting include a 90 percent tax rate on the wealthy?

On MSNBC Wednesday, appearing from the National Press Club in Washington, D.C., director and producer Ron Howard said he would be open to the wealthy paying more taxes.

“Well, to be honest, I remember on the ‘Andy Griffith Show’ when income taxes for the upper levels were as much as 90 percent,” Howard said. “And that’s the era that we often look back to with great nostalgia and it was a time of tremendous growth. So you know, I’m not averse to paying some taxes to try to help the country grow and help the economy grow.”