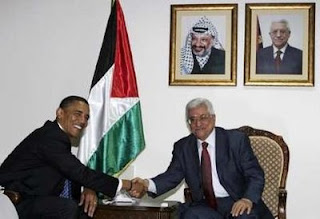 Hatch is a hero for introducing this bill, but it is unlikely Dingy Harry would ever let it come up for a vote.


(Washington Examiner) — Sen. Orrin Hatch, R-Utah, introduced the Solidarity with Israel Act today, a bill that would defund the United Nations if that body votes to recognize Palestine as a state.

“This vote undermines Israel’s security, and should the United Nations change Palestine’s current status, this legislation would prevent valuable American resources from funding the United Nations,” Hatch said. “Make no mistake, there will be consequences associated with efforts to undermine the security of America’s friends and allies.”

The United Nations should have been defunded a LONG time ago, way before it ever came to this possibility-- whatt a collection of banana republic mobsters! And unfortunately, we have a president who BOWS to them and uses them for justification of bypassing our Constitution for starting wars halfway around the world (LIBYA).

"The United Nations should have been defunded a LONG time ago"

The UN is a den of spies that we treat like dignitaries. It has become too corrupt and overly bureaucratic to do humanitarian aid or missions efficiently. Now, they spend much of their time denouncing the country that gives them the most support. Why are we paying for this? The UN has lived past it's usefulness, if it ever had any.

This "organization" has never been what it was supposed to be. Quit sending the UN our money, resign from them and kick the UN out of our country. We don't need them.

I understand that everyone has the right to an opinion, and by no means do I wish any disrespect, however, I disagree completely with the above comments. I am not working for the UN, or any government, but I do have some knowledge about the UN. Not only have I researched it's purpose extensively, I have also been to the headquarters on a private tour and while I don't claim that the United Nations is a flawless organization, I do believe that it does more help than harm. I have seen first hand the impact that they have on struggling countries and on global peace. When something good has flaws, it seems rediculous to give up on it rather than trying to fix it. Otherwise, we would have no development and we would live in absolute anarchy. I know that the precise functions of the UN aren't widely known, however, that doesn't mean that they don't affect our world. Aside from the concrete benefits such as being able to debate on issues and stand up for American ideals and needs in international debates, we are also provided with a powerful alliance and protection. Being a part of a league of nations such as this, and furthermore one of the five permanent Security Council members, gives us backup. America is viewed as a fairly affluent country that does well on its own, and therefor we don't always get the help we need, however, rather than getting rid of our suppport system which may not always be what we hope for, we should "be the change we wish to see" and take positive action. Thank you for reading and considering and I hope this issue is resolved in the best way possible soon!

When something good has flaws, it seems rediculous to give up on it rather than trying to fix it."

If the UN could be fixed, that might be a good alternative, but with the current membership there isn't any way. The UN should be scrapped. That doesn't mean there isn't a need for something. We should form an international organization and only invite our friends.

The whole point of the UN is to provide a structured environment where world issues can be worked out among countries. It holds debates where everyone involved can voice their opinion. Obviously the goal is to come to an agreement, but sometimes people don't get along. If we had an organization with just the United States and its allies, it would be just that: an alliance. We need many countries with different ideas and cultures because the issues between those countries are the issues that need to be discussed. I understand not wanting the UN to have power over our country's international affairs, but then how can we expect it to have power over other nations who could act against us without threat of punishment? It is human nature to be concerned about your own country first and foremost, and that makes sense, but at the same time, we cannot be hypocritical and we cannot force others into rules that we would not follow ourselves. In this democratic country, hopefully we can agree that everyone deserves a voice.