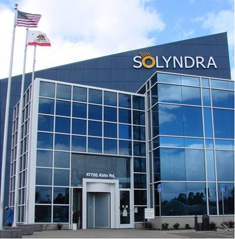 When government intervenes in the private market and tries to make some companies winners, the normal business rules are thrown out the window. Companies don't follow the normal business rules they would if they had to compete on-on-one with other companies. Such was the case with solar panel maker Solyndra. They were making a product for $7 in costs that the Chinese could make and ship here for $3. Instead of wisely spending their cash and and bringing their costs down, Solyndra was spending money like drunken sailors on shore leave.


“After we got the loan guarantee, they were just spending money left and right. Because we were doing well, nobody cared. Because of that infusion of money, it made people sloppy.”

Of course Solyndra wasn't worried about becoming profitable anytime in the near future. They had applied for a second "green: loan so they would have money to spend after they wasted depleted  their cash reserves.. Unfortunately for them, the gig was up and the loan never through.


(WaPo) — Former employees of Solyndra, the shuttered solar company that exhausted half a billion dollars of taxpayer money, said they saw questionable spending by management almost as soon as a federal agency approved a $535 million government-backed loan for the startup.

A new factory built with public money boasted a gleaming conference room with glass walls that, with the flip of a switch, turned smoky-gray to conceal the room’s occupants. Hastily purchased state-of-the-art equipment ended up being sold for pennies on the dollar, still in its plastic bubble wrap, employees said.

As the $344 million factory went up just down the road from the company’s leased plant in Fremont, Calif., workers watched as pallets of unsold solar panels stacked up in storage. Many wondered: Did we even need this new factory?

“After we got the loan guarantee, they were just spending money left and right,” said former Solyndra engineer Lindsey Eastburn. “Because we were doing well, nobody cared. Because of that infusion of money, it made people sloppy.”

...Within a week of getting a loan guarantee commitment from the Energy Department, Solyndra applied for another guarantee worth $400 million. It never won final approval. Read more here.

Let's bring back GW Bush or some other Republican clown like that drunk so he/she can appoint some clueless bozo to the SEC, then stand by and yawn while Wall Street goes on another of its looting sprees.

The last one, involving mortgage backes securities fraud, cost Americans over SEVEN TRILLION DOLLARS in wealth and wrecked the economy in the process. Add in other organized gangs like 'Junior's' good buddies at Enron and you can add in another couple TRILLION that was stolen from Americans in broad daylight.

I'm not an Obama fan, he's just another in a long line of corrupt thieves that stole into the WH, helped by their very rich buddies on Wall Street.

Republican, Democrat, it doesn't really make a difference, damn near all of them need to be brought up on charges of corruption and conspiracy to defraud the public.

Anyone who thinks that a Romney or Gingrich or some other comprised, sold-out professional politican is going to change the DC culture has been watching too much FOX News or listening way to much to multi-millionaires like Limbaugh--who bought a mansion on New York's 5th Avenue, right in the heart of the people he likes to rant about while pretending to actually care about us 'little people.'