Scary: Our Government has almost a million pages of what President Obama calls "commonsense safeguards" 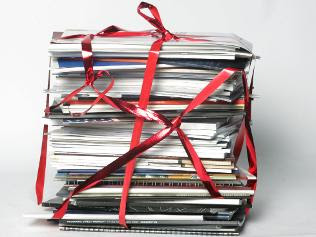 President Obama claims he wants to reduce government regulation, but will not get rid of "commonsense safeguards." On the unlikely possibility he is serious, he has plenty of materiel to work with.


President Barack Obama recently promised a war on red tape, joining a line of American presidents stretching back to Jimmy Carter. This promise is frequently made — but seldom kept.

The number of pages in the Federal Register (a frequently cited measure of government red tape) has skyrocketed in recent decades, from 170,325 in the 1960s to 730,176 in the 2000s. The most recent estimate of the cost of all this federal regulation to businesses, their employees and their customers is $1.75 trillion per year.

Despite lip service to the contrary, too many presidents (and politicians in general) hold the wrongheaded belief that government has the power to cure what ails us.

Interestingly, there is a study that claims we could create 100 new jobs anually for every regulator fired.


This regulatory drag bears an economic cost: A new study by the Phoenix Center for Advanced Legal & Economic Policy Studies estimates that, on average, eliminating the job of a single regulator grows the American economy by $6.2 million and nearly 100 private sector jobs annually.

I seemed to have missed that part of President Obama's new jobs plan.
Posted by Bluegrass Pundit at 7:49:00 PM