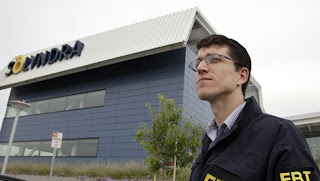 
WASHINGTON — The political brawl over Solyndra, the solar array manufacturer that received $528 million in government aid and then went bankrupt, shifted focus Friday to a decision by the Energy Department that allowed another lender to step in to help rescue the company.

That decision in February gave Solyndra a temporary reprieve and a chance to survive, but it also forced the government to waive its privilege as first creditor in the event of a bankruptcy — which then occurred at the end of August.

Complicating the politics of the situation for the Obama administration, the other lender was Argonaut, the investment company backed by George Kaiser, an Oklahoma oil billionaire who is an Obama campaign contributor. Argonaut was already heavily invested in Solyndra, and provided another $69 million in cash in exchange for taking over $75 million that Solyndra was owed by its customers.

The Energy Department’s approval was required for Solyndra to borrow any new funds, because if the loan was consummated, the federal government would have to surrender its status as the most senior lender, in favor of the new lender.