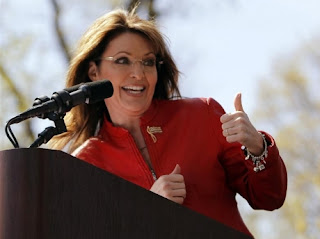 Yes. You read the headline correctly and it is that Ralph Nader.

We decided to call the longtime left crusader about a speech Palin gave in Iowa earlier this month, one which seemed to mark the transformation of Palin from a standard-issue movement conservative to something more independent and more reformist. And Nader told us he liked what he heard.

"I think she's a lot smarter than most people credit her," says Nader. "Judging by her comments, she is squarely in the camp of conservative populism, opposed to corporatism and its corporate state."

Palin delivered the speech in question in Indianola, Iowa, on Sept. 3. As Anand Giridharadas later observed in the Times, the media responded primarily by "ignoring the ideas she unfurled and dwelling almost entirely on the will-she-won’t-she question of her presidential ambitions."