WH Spokesman Jay Carney Shovels Some Elephant Crap or Something 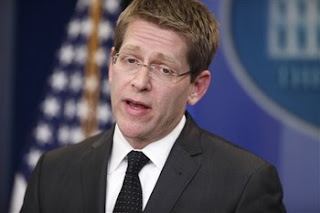 This is WH Spokesman Jay Carney's latest attempt to blame Bush. Carney is shoveling crap allright, but it isn't left over from the Bush administration.


White House Press Secretary Jay Carney: The president spoke and has spoken clearly about the decisions that were taken in the previous administration that took surpluses and turned them into deficits — massive deficits, and they include the two tax cuts; they include an unfunded Medicare prescription drug program; they include two wars put on credit cards.

Now, we’ve spent a lot of time in this administration cleaning up the tent — the elephant tent, if you will. And it hasn’t always been an easy task.