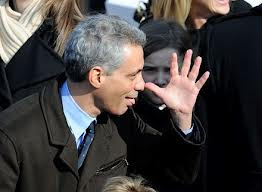 No doubt Emanuel Emanuel will still be working hard behind the scenes to violate Chick-fil-A's rights...


Emanuel press secretary Tarrah Cooper called Friday to clarify the mayor’s stance on whether a Logan Square Chick-fil-A location would be vetoed because of the company’s views on gay marriage.

To clarify, Cooper said Emanuel still believes “their values are not Chicago values.” But that doesn’t mean he would block them.

“If they meet all the requirements, they’re welcome to open a restaurant here.”