Scary: After going after your cigarettes, fatty food and Big Gulp drink, NYC Mayor Bloomberg is zeroing in on your booze... 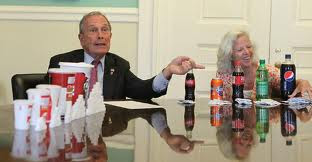 This nanny state thing is getting serious now...

The city Health Department will be conducting a massive, 50-question telephone survey of New Yorkers to get a better handle on the level of alcohol abuse in the city.

“Issues to be explored include behavior patterns around unhealthy alcohol consumption and awareness of existing alcohol-related laws and standards,’’ the department told bidders hoping to conduct the poll.

The poll, which should be completed by the end of September, will “oversample” young adults to make comparisons between 18- to 20-year-olds and 21- to 29-year-olds, health officials said.

The department declined to divulge questions, saying the survey is still in the drafting stages...