Obamanomics: Unemployment Rate Up In 27 States 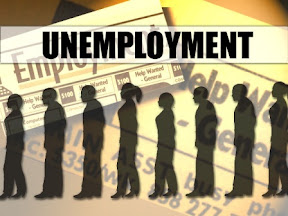 The man who has never had a real job has no clue hoe to create a real job.

WASHINGTON (AP) – Unemployment rates rose in 27 states last month, the most in almost a year.

The Labor Department said Friday that unemployment rates fell in 11 states and Washington, D.C. — the fewest declines since August. Rates were unchanged in 12 states.

Still, 29 states added jobs in June, up from 27 in May. Unemployment rates can rise when jobs are created because more people who are out of work start looking for jobs. That increases the size of the labor force. The number of Americans searching for jobs nationwide increased last month.

Nevada recorded the highest unemployment rate, at 11.6%, same as the previous month. It was followed by Rhode Island at 10.9% and California at 10.7%.

North Dakota had the lowest unemployment rate at 2.9%, followed by Nebraska at 3.8%.